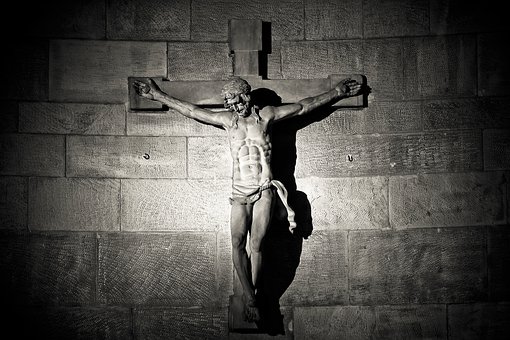 As Jesus was coming the region of Caesarea Philippi, He asked His Apostles an unusual question:”Who do men say that I, the Son of Man, am?” They claimed they’d heard people say that He was”John the Baptist, Elijah, Jeremiah, as well as one of the prophets.” (Matthew 16:13, 14) Notice that the titles were of deceased folks. It was basically an elevation of reincarnation. Rather than looking at the prospect of a uniquely living individual, people focused on the past and its potential influence on the present. There had been some speculation that Jesus might be the long awaited Christ, the Messiah, but it was more of a chance than a statement of fact. To whom were the Apostles listening? It was almost like a poll taken by the liberal faction of the Jewish religionist. (Even now, polls tend to reflect the pollster and his pre-determined political leaning, rather than the true consensus of the people.) I wonder if Jesus was somewhat surprised by the result of His query. Jesus then hones in on what really matters:”But who do you say I am?”

I wonder how many of His Apostles had openly announced who Jesus actually was. As Jesus’ ministry gained momentum, He seemed to shield His identity as a result of direction the crowds were carrying. People were more concerned with miracles, signs, and wonders. Jesus realized that if the multitudes believed He was the Messiah, they would revert to their preconceived notion that the Christ would deliver them from Roman rule.

When Peter made his proclamation, Jesus told him that the only way he could know that was by a revelation from God Himself. (Matthew 16:17) The Apostle Paul stated that the Gospel he proclaimed wasn’t a consequence of someone instructing him or of hearing it from a individual, but through revelation from God Himself. It’s not horizontal, but vertical revelation that solidifies the Believer. When we reverse the procedure, we open the door to potentially misinterpreting God’s Word. When we start in the mind, our feelings and emotions will have a powerful influence. When Paul received revelation, he didn’t”confer with flesh and blood,” but obediently acted without hesitation. (Galatians 1:16) How many of us have questioned our own activities? One moment we’re convinced of the validity of our actions, and within a short time we question if we’re doing the right thing. When we behave as a result of head knowledge, we will most likely question some of our actions. May the Holy Spirit show God’s Word and, when He does, let us pursue life without a rear view mirror!